A synergy is where different entities cooperate advantageously for a final outcome. Simply defined, it means that the effect of the whole is greater than the sum of its parts.

I particularly love it when there is a collaboration of some of my favorite things, and they come together to create something that is timeless and memorable.  An example is the movie, Now, Voyager.  Never heard of it?  Let me enlighten you! 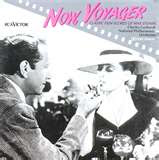 Now, Voyager
Now, Voyager is a 1942 American drama film based on the 1941 novel of the same name by Olive Higgins Prouty. She borrowed her title from a line in the Walt Whitman poem "The Untold Want," which reads in its entirety,
"The untold want by life and land ne'er granted,
Now, voyager, sail thou forth to seek and find."

This classic oldie stars one of my favorite misunderstood actresses, Bette Davis, as the leading character Charlotte Vale.  I think this may be her best role.  Never too proud to appear at her worst, the film begins with her severely depressed and put upon by a tyrant mother, suffering from the lowest self-esteem.  As the film progresses, she nurtures her desire for a more fulfilled life through the help of a psychiatrist and friend, played by Claude Rains.  Her timidity is replaced by confidence, and her mousiness is replaced by the beauty that comes from such confidence. 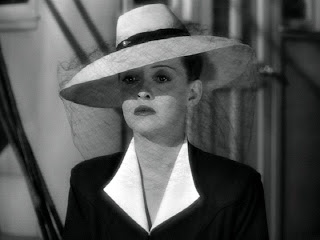 Eventually her heart is given to a married man, who also cautiously returns her hesitant love.  Through a journey of frustration and heartache she finally comes to a place in which she can find fulfillment, if not the full measure of happiness that we all aspire to attain.

When Jerry, the man of her affection, asks her if she's happy, Charlotte finds much to value in her life and if it isn't everything she would want, tells him, "Oh, Jerry, don't let's ask for the moon... we have the stars," a line ranked #46 in the American Film Institute's list of the top 100 movie quotes in American cinema.  And the music behind the line swells with my heart everytime it is delivered.  Masterful.

I first discovered this gem of a movie, several years ago.  I still remember that Saturday night.  My family had all gone to bed, and as an exhausted mother of four young children who just desperately needed some alone time, I chose to stay up and watch whatever was on the American Movie Classics channel.  I had never heard of Now, Voyager but I was intrigued by Bette Davis so I gave it a chance.

So where's the synergy?  Well, I love old movies, I love Bette Davis, I love the poetry of Walt Whitman, I love powerful sound tracks, and I love camelias.
Camelias?  Yes.  That's right.  As a tribute to their unfulfilled love, Jerry would often send Charlotte camelias to wear.  I love camelias.  I have a couple of camelia bushes in my garden.  The uniqueness of camelias is in the timing of their blooming.  They are unexpected; they are unique; they are beautiful in their boldness.  You see, they blossom in January.  While the rest of the garden sleeps, they choose to brighten my life during the dead of winter, when I am most needing a lift, when I am most needing a reminder of the beauty to come once the dismal gray days of winter come to a close.

A couple of days ago, I looked out my kitchen window, and sure enough, there they were. 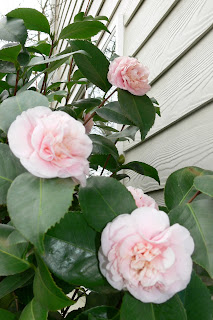 I think in some ways I identify with Bette Davis, and camelias.  They may not represent the most mainstream beauty, but they celebrate their unique style and nonconformity. I can relate to that...
Posted by Ardith Haws at 9:44 AM

I'm going to have to find 'Now Voyager' and watch it.

I"m going to have to watch that movie too!
And your yard is already blooming?! Awesome! I'm jealous!