I would ever have the opportunity to golf at one of the beautiful courses in Walt Disney World.  It just seemed like too much of an extravagance that I would never allow myself.  It is so nice when the men in my life are able to use their charms to get me to change my mind... 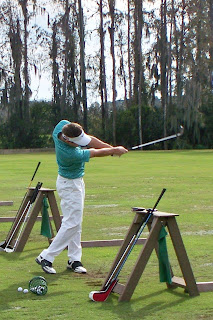 It was a beautiful day, although a little chilly, when Brian, Robert, Derek and I headed off to the Lake Buena Vista Golf Course to play 18 holes.  The other girls spent their afternoon at the spa at the Grand Floridian.  They thought I was crazy to choose golf over a spa, but look who I got to spend my time with? 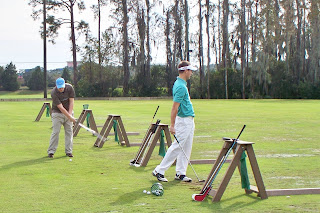 I think I made the right choice.

Robert had brought everyone a Disney character golf ball to start off with.  I chose to use Minnie Mouse.  She and I were doing surprisingly well, until I think it was around the 8th hole.  There was a water hazard that I thought ended before the bunker to the left.  I thought I was perfectly lined up to miss the water; hit my shot exactly where I wanted it to go.  Then walked up over the bunker to discover that the water went clear across.  Hmmmm.....good-bye Minnie. 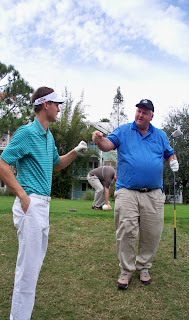 One of my favorite things to do on a beautiful course is to take lots of pictures.  The scenery was gorgeous and much of it was at Saratoga Springs, which is our home resort in the Disney Vacation Club.  It was fun to see places we have stayed before. 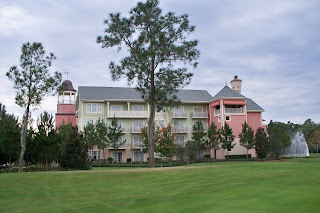 All the boys played really well.  Brian and Robert even had a little wager going.  The deal they had worked out earlier was that the loser would have to wear matching shirts with me to one of the WDW parks.  Apparently they felt this would be the ultimate punishment.  I have tried not to take that too personally... 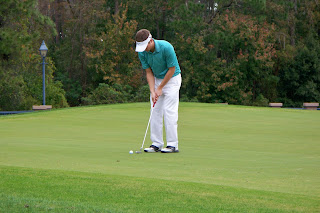 The game was so close that it came down to a 7 foot putt for Robert to win on the 18th hole. 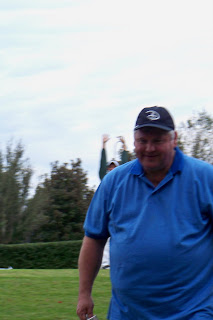 Guess who had to be "matchy-matchy" with me? 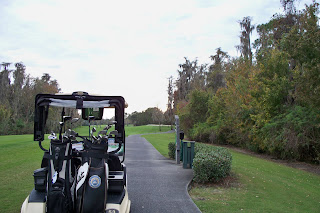 What a great day.  Thanks, guys, for letting me tag along.

Too funny! How did he do with the "matchy-matchy?

That is hilarious. Are you going to post the matchy matchy? :-)

Sounds like a fun day!! I'd also love to see the matchy-matchy pics :-)