What have you found?  It is exciting to find something you have been wanting, but it is even more fun to discover something you never knew you needed.

As you may have been catching on to, I tend to ride different waves of interest.  I focus on something quite intensely for a period of time, then when something else strikes my fancy I move my focus somewhere else.

A few years back, I caught the ebay bug.  How fun was that?!  Talk about a global shopping center.  I enjoyed putting ebay to the test.  I would try to think of something completely random, and see if by any chance it was offered in an auction.  Usually it was.

But the most fun was when I would discover something that I had no idea was out there. 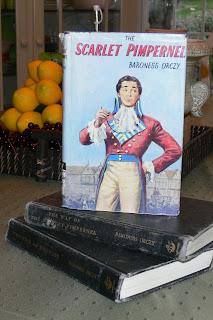 I have discovered some treasured old, rare books to add to my collection of hardbound classic literature.  A dust jacket in fairly good condition, like this one from "The Scarlet Pimpernel", is a bonus. 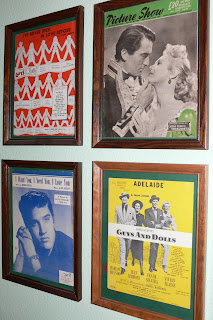 Old sheet music, particularly from favorite musicals, is always a fun thing to look for.  "I've Never Been in Love Before" was a fun discovery at the time my son was in Guys and Dolls.  This copy came all the way from Australia. And it is always a bonus when the music features a favorite star, like Marlon Brando, on this copy of "Adelaide" (Oh yea, and that other guy, Frank somebody...).  My sheet music collection graces the walls of my guest room. 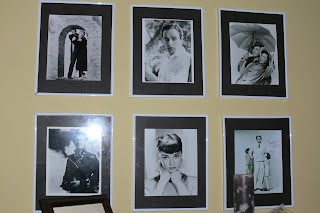 My bedroom has  my collection of black and white movie stills on its walls.  Some were purchased at a shop in Little Italy of New York City; the rest were purchased on ebay, particularly the autographed ones. 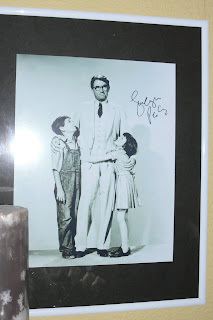 Who doesn't love Gregory Peck in "To Kill a Mockingbird"? 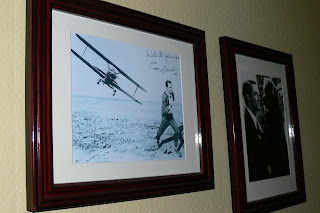 Or Cary Grant in "North by Northwest", and "Notorious", and "To Catch a Thief"? 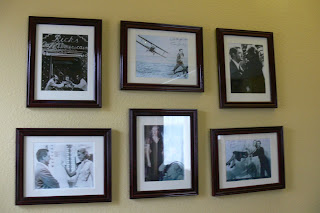 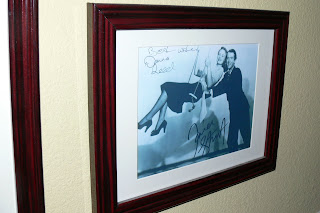 And who doesn't love "It's a Wonderful Life"? 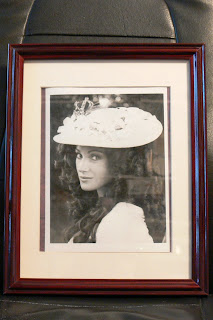 I also found this portrait of Jane Seymour playing Marguerite in "The Scarlet Pimpernel".  So beautiful. 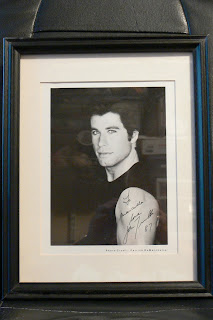 Here is John Travolta's autograph.  You know it is authentic if it is addressed to some random person. 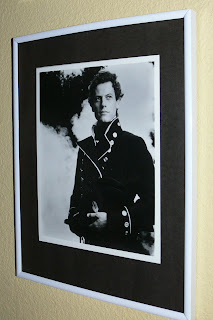 Jump ahead a few decades for this amazing portrait of Ioan Gruffudd as "Horatio Hornblower", one of my all time favorites.
Have there been any lessons learned during my ebay escapades?  Of course. A couple particularly painful ones.
The first happened when as a novice ebayer, I got caught up in the thrill of the auction and bid way too much on an autographed picture of Survivor's Ethan Zohn for my daughter's birthday.  It is probably packed away in a box somewhere. I hope she didn't toss it.  It looks something like this.

I received an authenticity certificate of its autograph, but who really knows?
The most painful lesson was learned on the following. 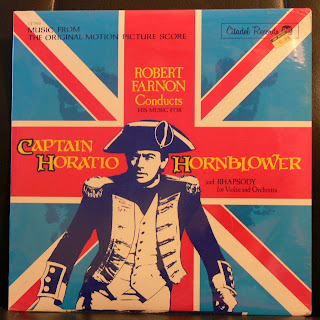 This is an album featuring the sound track from the movie "Captain Horatio Hornblower" starring my beloved Gregory Peck.  It is still in the wrapper, never been opened.  Apparently I was not the only one interested in this auction.  I could tell it was a find, but I had no idea how much it was worth.  In my bidding war in the final minutes of the auction, I accidently pushed the "Send" button before I realized my typographical error.  Instead of putting in a bid of $30.00, I put in a bid of $3000.  I am not kidding.  Imagine my heart sinking.  I was in shock.  I knew I was in big trouble.
Fortunately, the other bids didn't go anywhere near that high, so I ended up "winning" the auction for considerably less than that, BUT way more than the intended $30 dollars.  I think I have blocked it from my memory because I can't even remember exactly what the final price was. 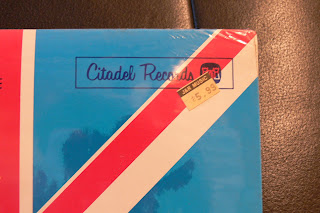 But believe me, it was a lot more than the price tag still intact on the wrapping.
Have I done much ebaying lately?  Well, obviously after the previous debacle, I put it aside for awhile.  I did have a period where I sold scrapbook pages on ebay.  That was fun.  Way more work than profitable.
Yesterday, I was able to successfully win an antique cursive typewriter that supposedly works like a charm.  I'll let you know...
Posted by Ardith Haws at 9:50 AM

You got it after all!!!! Or is this a different one? I'm happy for you! I'm an old fashioned kind of gal, so this is so interesting to me. I'd love to see it11

I have had mostly good luck on ebay ~ glad you found your typewriter!

Dang, I've mostly used ebay for practical things like exercise vidoes and equipment. You have some treasures. I did find a couple of story books from my childhood for my siblings once. I'm glad you got your typewriter and that you didn't have to pay $3000 for that record! :)

I would have FREAKED and had a heart attack! I'm glad you didnt' have to pay that!
LOVE all your autographed photos. So fun!