Those that know me well will smile.  Those that are only now discovering me may be a little surprised.  I have an obsession.  A Hornblower obsession. 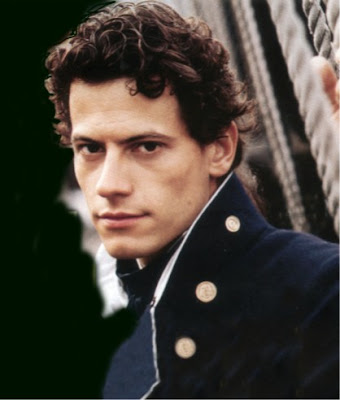 And it isn't just because the recent Hornblower movies on A&E featured the fascinating Ioan Gruffudd.  I am equally drawn to the Captain Hornblower of old, played by Gregory Peck. 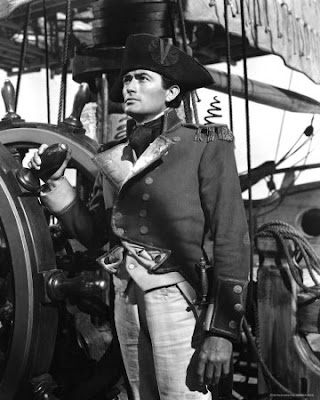 One evening, years ago, my husband called me into our bedroom where he was watching the A&E channel.  He said he had found something I might like, knowing I am a big fan of historical fiction.  It was a movie about a young man who had enlisted in the British Navy and was prone to seasickness.  He was a man of integrity, and though not perfect, he would not compromise his honor; he was courageous, and loyal, and quickly rose from being green with nausea to being a formidable crew member.  As quickly as he learned to scale the lines of the ship, he also escalated in his ranking.  When we first meet Horatio Hornblower, he is a midshipman.  By the eleventh and final book of the series, he becomes Admiral in His Majesty's Navy.

I know this because I was immediately hooked.  I now own all the movies ever made about Horatio Hornblower.  I own and have read all the books in C.S. Forester's series.  I have a book that showcases the making of the movies. 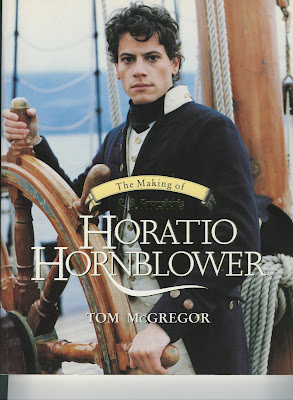 I have a fictitious biography, written by a fan of Forester's legendary character.  See?  I'm not the only one that shares the obsession.  Imagine a character so compelling that fans are even speculating and constructing a potential reality. 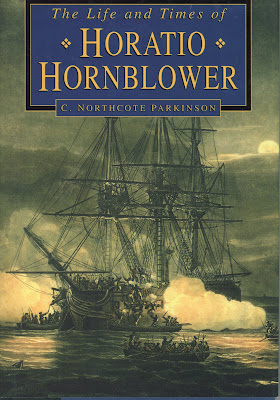 While I did not get swept up in the latest vampire craze, I have to admit to my weakness for this man in uniform; the one that uses his brilliant mind and courageous soul to outwit Bonaparte; the one that puts his honor and duty above his personal needs;  the one that stands watch and protects me from behind the door of my scrapbook room... 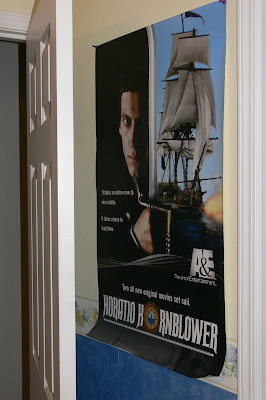 Email ThisBlogThis!Share to TwitterShare to FacebookShare to Pinterest
Labels: Literature, Me, Movies

I love it!! Your poster makes me feel better about owning a Pocket Edward doll. You're definitely not alone in your obsessions at all.....

I love it too!
And Kim, your comment had me laughing out loud!!
We would all be so boring if we didn't have our obsessions!

It's Nelson's life (who hornblower is based on) in space... a bit strange but enjoyable and usually available at libraries.

Remember that awful snow and ice storm right after New Year's of 2004? Layne and I still had electricity, so we stayed hunkered down and watched the entire set of A&E Hornblower DVD's.

I'm about ready to pull those out again.....

Yeah! Ok, even though I was like 12 years old and was more into chick flicks and scary movies...I really enjoyed Hornblower!

I'm glad that we watched them growing up. I'm kind of craving watching one, actually. Bring them when you visit, ok?