Or in other words, what do you really want?  That is the remarkable thing about life.  We get to decide what is most important to us; what we want to put our energies behind; what, indeed, are our priorities.  We really do.

Sometimes it seems like others claim our attention with their desires, that we really aren't our own person, that our priorities are replaced by what others want.  Not so.  Ultimately, our choices lead us based upon the very underlying of our ultimate desire.  Do we want a happy family?  One that loves us as much as we love them?  Then our desires are to serve them and help them to find happiness.  Period.  We lose ourselves in service.  So no complaints.  Right?

How are we using the time we have been given?  Do we make false claims that we never have enough time to do what we really want?  If all of our wasted minutes were combined, I believe we would realize that we have ample time to make great accomplishments.

Then we really have no room for blaming others, for blaming the consequences of our situations, for coming up with empty, lame excuses.

I was reminded yesterday of a great quote from a Shakespearean play,The Merry Wives of Windsor:
"....the world's mine oyster, which I with sword will open." 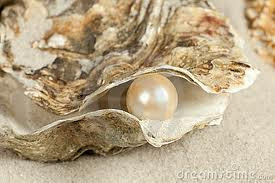 No one can lay claim to our lives.  They are ours.  Ours to beautify, to accomplish, to embellish, to live.  What will we choose to do?  Which path will we take?  What, ultimately, is our desire?

How exciting, how thrilling, how empowering!

We can timidly open that oyster to seek the treasures it holds, or we can boldly, "with sword," strike it open with enthusiasm, eager to chase the rainbows that are before us.

No excuses.  No hesitation.  No timidity.

Email ThisBlogThis!Share to TwitterShare to FacebookShare to Pinterest
Labels: Me, Quotations

Inspiration comes in the most unexpected places sometimes.  I have been inspired by a piano player.  From Jackson Hole.  Who accompanies a summer show at a playhouse.

In June, Brian and I took two of our daughters for an overnight trip to Jackson, Wyoming.  We wanted to celebrate Jackie's graduation from Massage Therapy School.  Part of our celebrating included tickets to see Seven Brides for Seven Brothers at the Jackson Hole Playhouse. 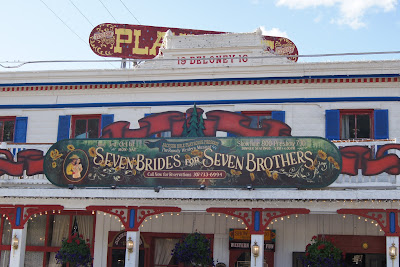 The lights dimmed for the show to begin.  Stragglers found their seats. Quietly, and with no fanfare, the piano player took his place at the instrument to the far right of the stage.  He had a little piano light, a ringed notebook bulging with music, and more talent than I have seen squeezed into one person in a long time.

His music was a joy to hear.  Effortlessly he coaxed it out, setting the tone for the show.  The overture was filled with the memorable melodies of this longtime favorite .  His cowboy boots contributed to the building sound, banging out the time on the pedal.  It was sweet when the music was sweet; it was raucous when called upon to be raucous.  I was enchanted.

Then a month later, I had the opportunity to be in Jackson Hole again, and to share this fun discovery with more friends and family.

Our tickets to the same show this time around put us two rows directly behind my old friend, the piano player.  Ah!  Now I could follow along in the dim light, as he would quickly turn from page to page.  It didn't take long to realize that his fingers were playing significantly more notes than were actually written.  The fluorishes were his own doing.  The simple chords on the page were skillfully broken into arpeggios that ran the length of the keyboard.  Wow.  I was mesmerized.

So, all summer long I have been humming along.  And whistling along.  And singing along to these delightful songs.  Until I decided that I just had to have the music so I could play along as well.  It didn't take a trip to the music store.  It didn't take searching online, ordering the book, and waiting for it to arrive in the mail.  I simply searched it, paid a little money, and then downloaded and printed my own copy.  It took all of about ten minutes.

While I could never rival his expert, graceful playing, I have thoroughly enjoyed trying my hand at June Bride, Wonderful Day, Lonesome Polecat, Going Courtin', and of course, Bless your Beautiful Hide.  When no one is around, I even try to channel my memory of him and fancy that my clumsy efforts sound almost as good as his.  Almost as good as that amazing, humble, awesome piano player that finds fulfillment in a small theatre in the heart of the Rockies.  Now that's inspiring.
Posted by Ardith Haws at 8:17 PM 3 comments:

Email ThisBlogThis!Share to TwitterShare to FacebookShare to Pinterest
Labels: Me, Music, Musicals 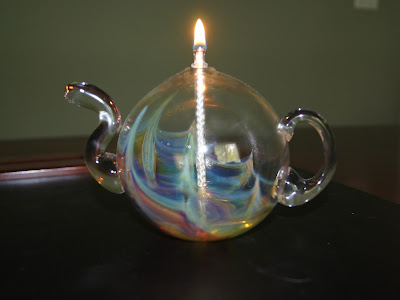 We never really know what may lie just around the corner.  We never really know what challenges we may meet, and what they will demand from us.
What we can do is to follow the counsel given in the Lord's parable of the Ten Virgins in Matthew 25.  These women found themselves, either foolishly unprepared, or calmly ready for whatever came their way.﻿  There is such wisdom in keeping our lamps trimmed and burning.  There is such wisdom in returning often to the sources that refuel our oil supply.
Throughout a weekend which held much of surprise, I watched my husband, who was prepared, calmly accept a new assignment to serve the Savior.  It will be demanding.  It will be challenging.  Yet I have observed, from the vantage point of a wife, the past few months as the Lord has blessed him with the tools he would need, including improved health and strength.
I am thankful for his willingness to serve.  I am thankful for his kind and loving heart.
I am thankful for the oil in his lamp.
Posted by Ardith Haws at 9:06 AM 3 comments:

Where Can I Turn for Peace?

Turmoil.  It is a part of life.  It is like a muddy boot stepping into a clear, running stream, churning up the muck and mud from the bottom.  When life gets cloudy and cluttered, sometimes we are our own worst enemies by continuing to stir up more debris.

The best solution?  Be still.  Be calm, and let one's heart return to a state of clarity.  Put oneself in a position to listen to the whisperings of the Spirit which otherwise can't be heard above the roar of the crowd.

The best place to do that? 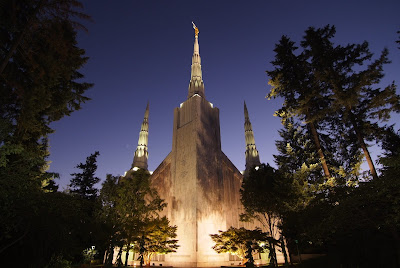 "One thing have I desired of the Lord, that will I seek after:  that I may dwell in the house of the Lord all the days of my life, to behold the beauty of the Lord, and to enquire in his temple."  Psalms 27:4

Anniversary of an Ordinance

I wasn't very old.  In fact it was 40 years ago, exactly, that as an eight-year-old, I was guided toward my best decision.  Today is the 40th Anniversary of my baptism.

My bishop had counseled me to make note of the date so that every year I would be able to look back and remember.  I was startled this morning when I did the simple math, and realized that so many years had passed.

We remember key moments in our lives, and this was a significant event.  Perhaps at the time, I didn't completely understand the full weight of this experience, but I did feel that I was following the Savior's example and that made me feel important.

Though we lived in Lander, Wyoming, we had to travel to the Riverton Wyoming Stake Center for the baptism.  Seated in a long row with the other children waiting to be baptised, I vividly remember feeling quite self-conscious.  We were all similarly dressed in white baptismal suits and mine had some type of stain on one leg.  Carefully I sat with my hands covering the imperfection.  I wondered if it would still be all right for me to get baptized in a suit that wasn't spotless.  Should I mention it to someone? 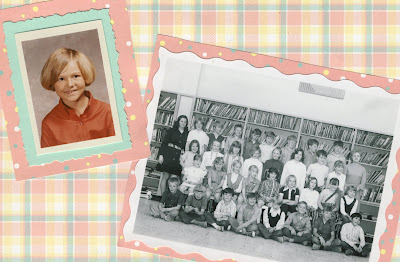 In the years that have passed, I have learned much more about this important and necessary saving ordinance, and I have actually thought about that conspicuous blemish that bothered me as I entered the waters of baptism.  Part of Baptism is its ability to cleanse and purify all of those blemishes that are not always as conspicuous.

As I arose out of the water, my silly preoccupations were replaced with peace, knowing that at that moment, I stood without spot, without blemish, without sin, before my loving Heavenly Father and that He was pleased with my decision and my action.

Years have passed, and I am still honored to be part of God's Kingdom on earth.  It was a good decision.

Mine are.  I am overwhelmed with the gratitude I feel toward my family.  My parents have given me a legacy of love and faith, and I am trying to pass that along to the next generations.  It's my job.  And I take it seriously. 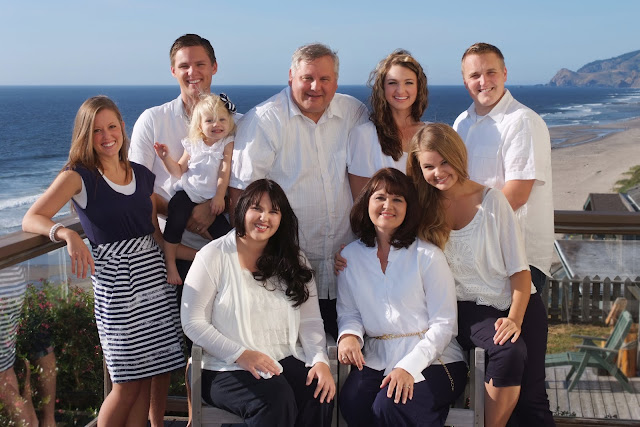 My energies are spent in bringing this bunch together as often as I can.  We have a lot of fun and look forward to our little circle expanding exponentially. 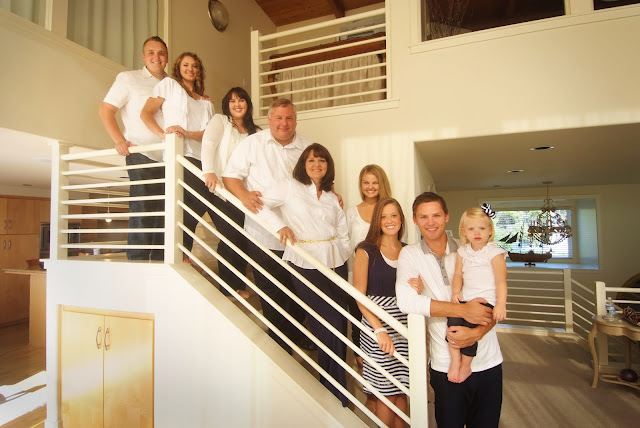 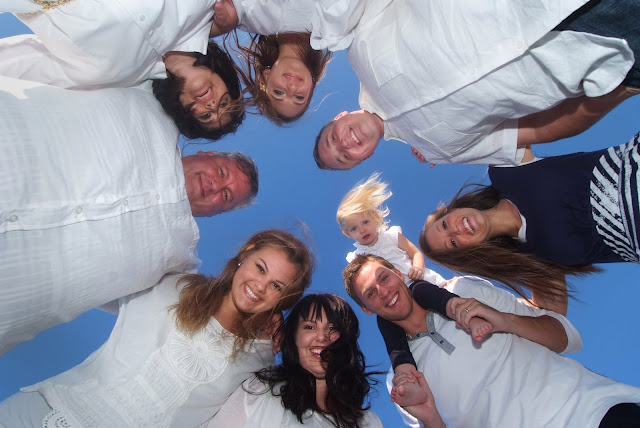 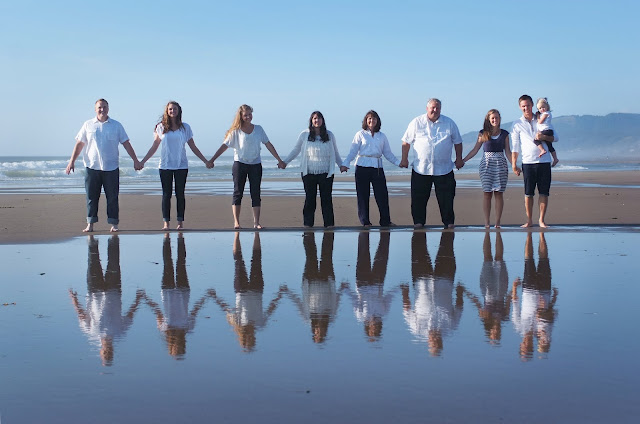 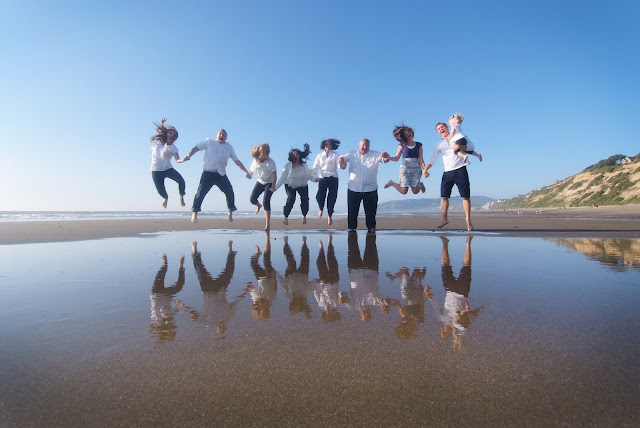