Last Friday I took a step backwards in time.  At least that is what it felt like.  And I found a circle of friends which I would have wanted to be apart of.  I would have hung around their perimeter until they would have had to invite me to join them.  I saw where they lived; where they read, studied, and wrote.  I saw where they pondered and communed with nature.  And finally, I saw where they were laid to rest; all within yards of each other, in a peaceful spot on one of the hills of Sleepy Hollow Cemetery. 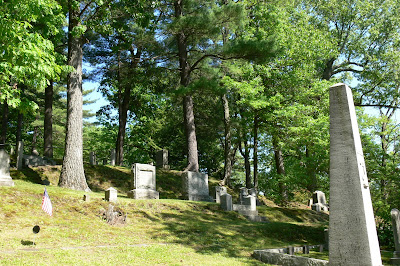 You see, I was in Transcendental Central, to borrow a term coined by my daughter, Miranda.  I was in Concord, Massachusetts, the lovely little tranquil spot outside the bustle of Boston; the place where the Revolutionary War began, where first rang the shot heard round the world.  Historians delight in the significance of this important place.  Literaries delight in its significance as the birthplace of the Trancendentalist Movement. 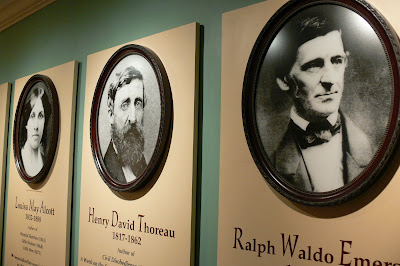 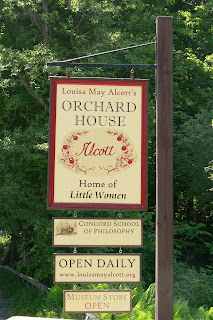 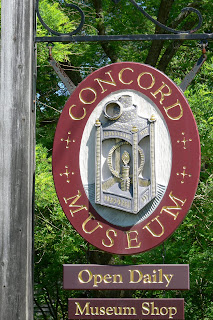 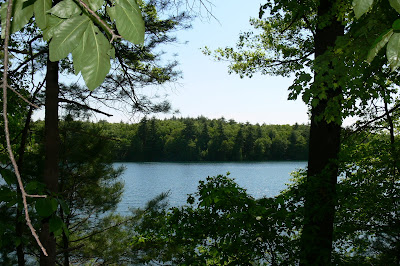 I went to Walden Pond.  I really did.  And it was as peaceful and beautiful and inspiring as Thoreau said it was.  I walked the pathway he regularly took from the pond to his little shack.  I saw the replica shack that has been built in the spot of the original.  I sat on his doorstep, and looked out to see the things he saw. 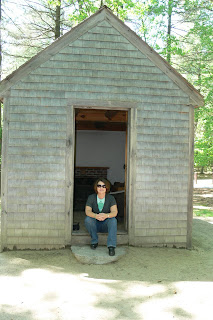 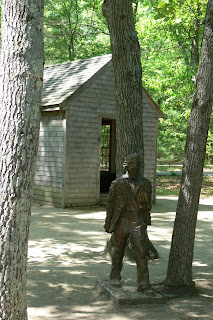 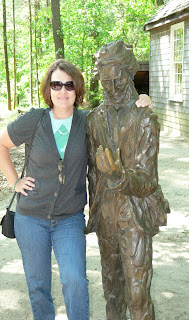 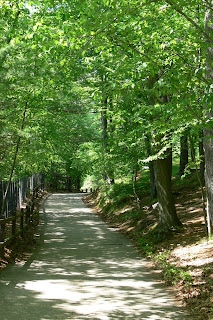 I'm pretty sure he would not have looked favorably upon the extensive parking lot, the gift shop, or the bikini-clad swimmers in his pond.  But they didn't really detract too much from the spirit of the place. 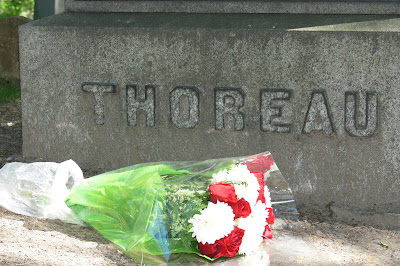 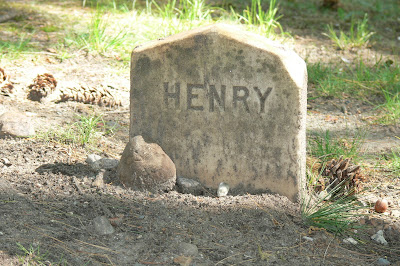 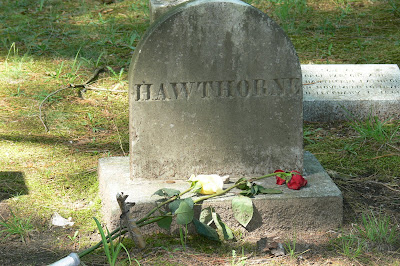 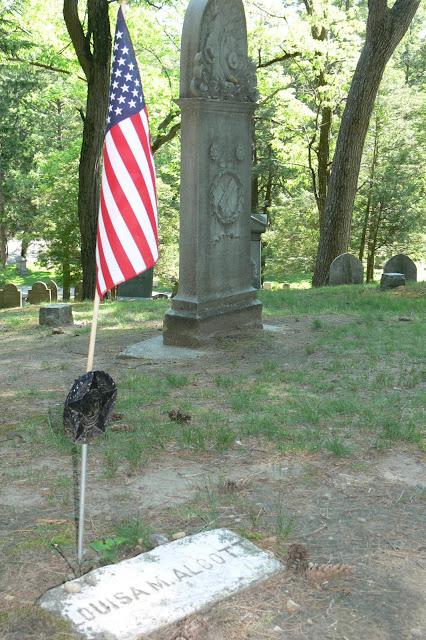 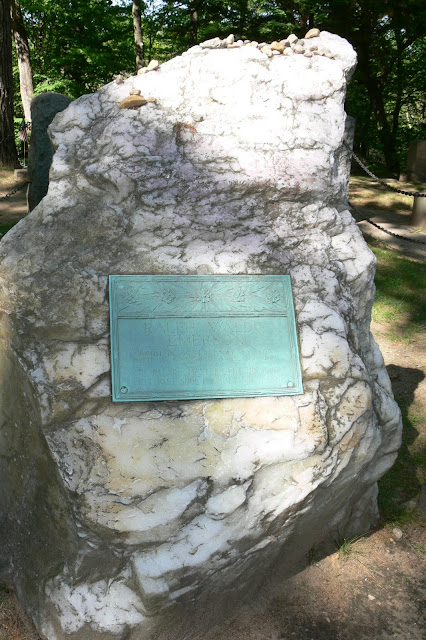 The real monuments to their greatness don't reside on the shady hill of Sleepy Hollow.  They rest on the bookshelves of homes and libraries all over the world.  Their lasting impact can be felt as one explores their revolutionary thought.  They believed religion can be a personal thing, with spirit touching spirit.  They were missing a few critical pieces of truth which their contemporary, Joseph Smith, just a state away in New York, was restoring to the world.  I believe they were ready to hear and would have been receptive to the restored Truth of the Gospel of Jesus Christ, and would have welcomed Joseph into their circle too.
Posted by Ardith Haws at 7:50 AM

Cool!!!!! Let me just say that I am soooooo jealous! I have wanted to go there but we have never made it. We usually have someone new to show the Freedom Trail, etc. with us. And we always visit the people Jim baptized. Maybe some day I'll get to Concord. I'm glad you got to go.

Did you make it to Cambridge yet?

When we were in London and touring Westminster Abbey, I felt the same way when we entered the section called Literary Corner (or something to that effect) and I was seeing names like Dickens and Chaucer.....it's almost unreal.

I have a thing for Mr. William Shakespeare, when we went to Stratford- on- Avon and saw the Birthplace I was so excited. Then in London, the replica of the early theater his plays were performed, just down the street a few steps you could see the exact place it once stood. I was a happy girl!!

I think this is one of the best pieces you have written. And I agree....I think they would have welcomed Joseph into their discussion group.

Experience has shown me that we are indeed eternal beings even in the temporal aspects of life as well. How many noble and great ones have I sat with and enjoyed a mental dialog while embraced in their works. Though physically dead their words, new to me, have enlisted a new friend and compatriot. Be it a literary work, a journal, the scriptures... the power of the written word transcends time. Even in the temporal aspects there are spiritual implications and connections. Their presence is felt in the areas inhabited. Indelible marks are left in that fabric we call time and space, emotions making that tapestry all the more detailed and and awe inspiring.

Jealous? Absolutely! Keep writing and documenting. Your feet, eyes, mind are the lead for others to follow.