Have you ever lived with regret?  Have you ever let an opportunity pass you by because you were simply too afraid to act upon it?  Sadly I have, certainly more than once, but perhaps none quite as memorable as a snorkeling trip in the Caribbean.

When my children were young, we planned and took "The Trip of a Lifetime".  We actually called it that because we never anticipated being able to do it again.  In preparation for this trip, which would include a snorkeling opportunity, I bought my kids snorkeling gear and took them to a local pool to practice.  I wanted them to get the most from their adventure in the ocean, without being hampered by not being familiar with the equipment.  They practiced going along the surface; they practiced diving down and following it with a mighty burst of air to clear the water from their snorkel tube.  They were ready.  What followed was one of the most humbling experiences of my life. 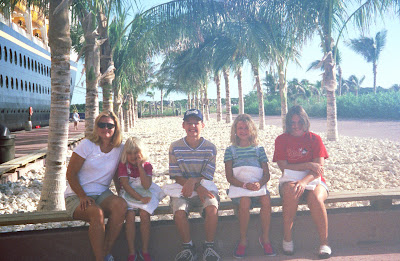 It was a beautiful day on Castaway Cay.  There was sun; there was sand.  I think Brian and Miranda were staying near the shore while Jackie, Robert, Erica and I set out like the adventurors we were to snorkel in the bay.  Feeling reasonably confident with their snorkeling skills, each took off in their own direction to explore the recesses of this normally out-of-bounds world.

Drifting along casually, enjoying the sun on my back, I was startled by something sparkling in the sun.  Wait a minute.  What IS that?  Hovering at the surface of the water, I eventually determined that a golden ripple in the sea grass was indeed REAL gold.  I was able to make out a claw hook and realized it was a gold necklace, left behind some other day by some other snorkeler.

Now is the time to use that practiced skill of diving to the bottom and claiming my treasure.  And yet?  I WAS PARALYZED WITH FEAR.  I couldn't bear the thought of filling that tube with sea water.  I couldn't bear the thought of sucking in a mouthful of salt.  In hindsight, apparently my brain was paralyzed too.  It never occurred to me to rip the snorkel out of my mouth and just hold my breath. 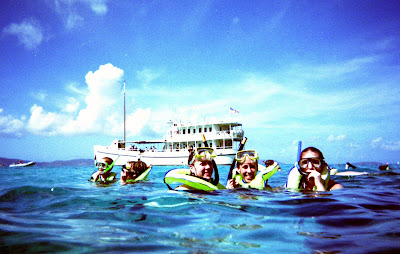 Did I claim the prize and come home the snorkeling champion?  No.  After looking for any kind of landmarks, of which there were none, I surfaced to look for one of my expert children to dive for me.  In doing so, and treading water with my fins, I churned up all kinds of sand and sea grass and was never able to find the necklace again.
Life brings all kinds of lessons, doesn't it?  This painful one has always remained in the back of my mind, never to be forgotten.  I think of it whenever an opportunity comes along that, for one reason or another, fills me with fear.  I think of it whenever I read scriptures that speak of fear like: "but you feared and the time is past"(D&C 9:11), or "there were fears in your heart, and verily this is the reason that ye did not receive" (D&C 67:3), or "But with some I am not well pleased, for they will not open their mouths, but they hide the talent which I have given unto them, because of the fear of man" (D&C 60:2).
I hope you are not living with regrets due to fear.  They may be the most painful kind.
Posted by Ardith Haws at 11:07 AM

No Laura she's speaking to me. I let fear stop me quite a bit...

Ladies....I think we all let fear stop us, much too often. And besides, I think she was speaking to me ;-)