I spent most of the day finalizing my manuscript, focussing on the reference list, dotting my i's and crossing my t's. Then I took the trip to the post office, one of the longest roads of my life.

Later, my husband and I headed up to Portland to cash in my Birthday present to him.  I had given tickets to see the comedian Brian Regan at the Schnitzer Auditorium. 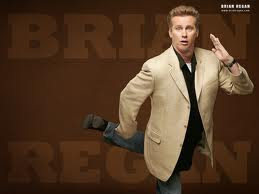 While in the car my husband asked me what I was going to do now that my manuscript was on its way.


Without too much hesitation I responded with "I am going to learn things".  I had already decided that my quest for knowledge would continue in the unconventional way it has up to now.

Imagine my surprise when a couple hours later nearly the same words came out of the mouth of the comedian.  Brian Regan plays upon his ability to come across rather buffoonish, and makes it very easy to laugh at his silliness. Frequently during his performance, in a very endearing way, he comments that he really wants to know stuff.

I'm glad.  I think we should all have the desire to learn more.  Most of us have adequate knowledge to get us through our every day, but imagine how great it would be to know more.  The only thing often holding us back is ourselves; well, ourselves and our laziness.

So won't you join me and my new friend, Brian Regan, as we set off to "know stuff"?  Sounds fun to me.
Posted by Ardith Haws at 9:07 AM

Congratulations on sending your manuscript!!! I too wanna know stuff! I'm on a quest for knowledge as well. And in fact since I have some free time right now :-) I'm trying to become better at Illustrator and learn CSS. And I'm taking a hat making class and jewelry making class (as in working with metal jewelry!) I love learning new things!

What an awesome date! I love presents that are experiences.
I want to know stuff too! Places to go, people to see, things to learn. Living life - it makes me happy.