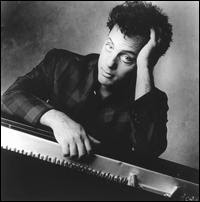 I have received a reminder recently of the brilliance of Billy Joel.  I know that he is an old man now, with what little hair is left being very gray. Hard to believe because this is the Billy Joel I know.  This is the one that croons to me with those puppy dog eyes that he'll take me just the way I am.
As much as he was a part of my growing up, I have been delighted to learn of his similar impact in my children's lives.  Jackie and a friend flew to Sacramento just to see him in concert.  Erica and Miranda saw the Billy Joel Musical, "Movin' Out" in Portland.  Robert, by definition, is THE piano man.
I would like to share with you a portion of an essay written by my daughter, Miranda.
"Billy Joel is the voice of the people. All throughout my life I have heard him in the background, treasured up my favorites and moved on. It is only in recent years that I’ve discovered that he’s written more popular songs than just “Uptown Girl” and “The Longest Time”.You listen to him in sequence and it is overwhelming how many songs are familiar. It’s probably the sheer diversity of all the songs that make it so hard to know him when you hear him. Who would think that the guy who sings, “We Didn’t Start the Fire” is the same who croons “Just the Way You Are”. But they are all him and they are all brilliant."
Perhaps my favorite Billy Joel song is "A New York State of Mind".  It speaks to my soul.  It fills me with longing to go to that singular place.  On one of my trips to New York City I purchased a souvenir in Central Park, a children's book based on this beautiful song.  I look forward to sharing it with my grandchildren, making sure they grow up with the music of Billy Joel.  But I think my work is already done.  My children seem quite ready to pass on the legacy themselves. 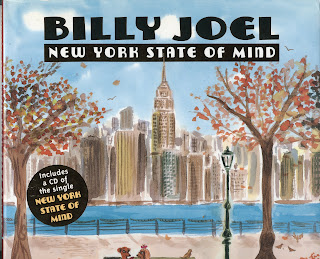 One of the most talented performers out there ~ Billy Joel is music's quintessential "every man."

Thanks for sharing! I'd love to have a look at that book sometime ~ hint hint