They come by the boatloads.  Everyday.  They purchase a ticket with high hopes of seeing striking aerial acrobatics by behemoths of the deep.  Following sonar equipment, these boatloads position themselves directly out my window, as they wait to catch a glimpse of a whale. Surveying the surface for a telltale spout, the lucky few spot additional evidence of these mythical giants, the gray hump of a back, or sometimes a tail.

While migratory seasons bring increased activity, we are privileged to have a pod that remains year-round in the cool, inviting waters off the Oregon Coast.  I'm not convinced that these whale watchers, for their ticket, really get any better show than I do; I, who am dry and warm and cozy behind expansive windows that yield an unparalleled view.  A telescopic lens doesn't hurt either. 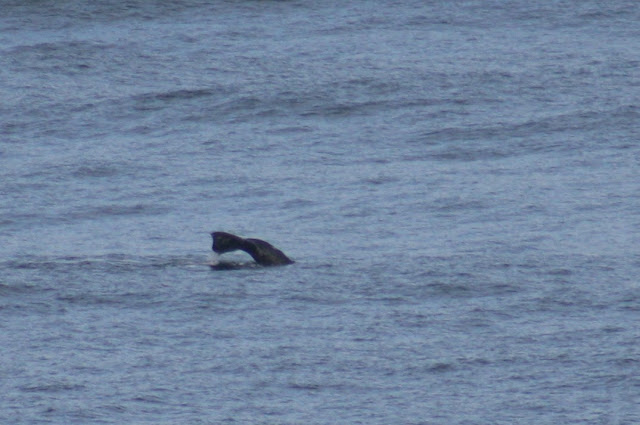 In contemplating the big deep, which stretches endlessly past the visible horizon, which contains otherworldly creatures, which for centuries has issued its sirens' song to the adventurous bidding them to come, explore, and discover; I marvel at its power; I marvel at the gifts it generously gives;  I marvel at its beauty, which is ever changing and ever the same. 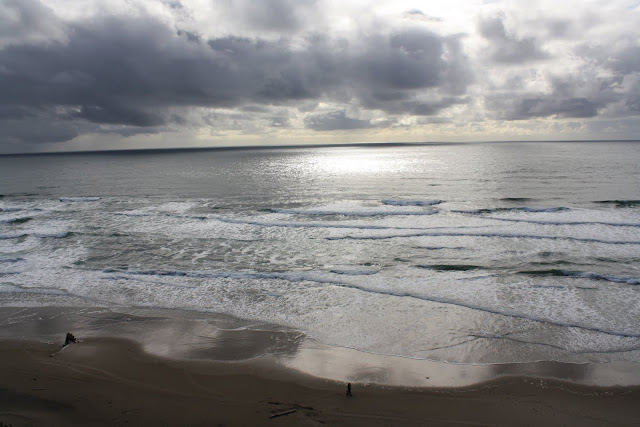 I marvel every time I am fortunate enough to spend some time at the beach.
Posted by Ardith Haws at 8:47 AM

How blessed you are to be able to look out your window and see some of nature's most beautiful and mysterious treasures from the comfort of your own home! Every year we venture to Cape Cod to my grandparents cottage and before our time there is up make sure we buy our family tickets and board the whale watching boats off the pier at Provincetown. Sometimes we are awed and shocked as we have the fortune to see great beautiful whales breach, other times we might be lucky if we see a fin above the water! Great post :)

Outside the Pumpkin Shell said...

Erin and I went on a whale watching boat once, and we were delightfully surrounded by whales. However.... I was SO SICK, that Erin held me upright while I clicked away on my camera. I remember hearing the whales, but not seeing them clearly, because of the vertigo. When I returned home and checked my camera, I was delighted to have some amazing pictures! I only wish I saw what my camera did...

Love whale watching, but haven't been too lucky seeing their performances. Before I die, I will see a whale breach. :-)

Seeing a whale up close pretty much leaves me speechless....so gigantic and yet so graceful!