Playing with the Big Boys Now 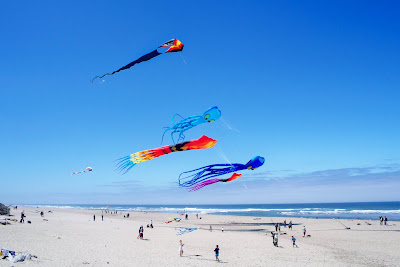 Perhaps nothing sets off the beauty of the Oregon Coast quite as much as a sky full of kites.  One of the main draws to Lincoln City is its reputation as the "Kite Capital of the World," with numerous festivals that bring spectators and participants by the hundreds.  Even on a regular summer weekend, people flock to the center of town where the "D" River flows into the ocean and the kites are most striking and most invasive. 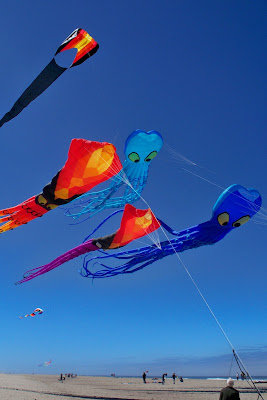 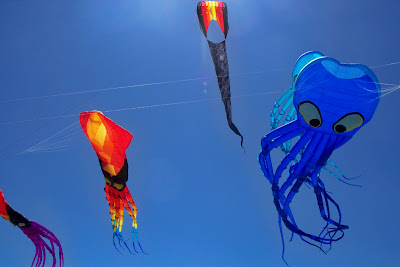 While local kite shops set up incredible aerial displays for all to marvel at, replete with giant squid, and an octopus or two, the skies are also filled with the kites of novice fliers wanting to join in the fun. It needn't matter what was spent on a kite; if it flies it is a winner.  Last Saturday there were lots of winners.  The winds were perfect as usual, easily and gently lifting the multi-colored flyers into the stratosphere, simultaneously lifting the spirits of all those enjoying the spectacle. 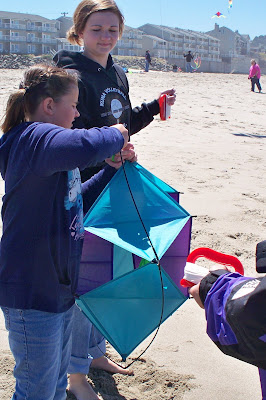 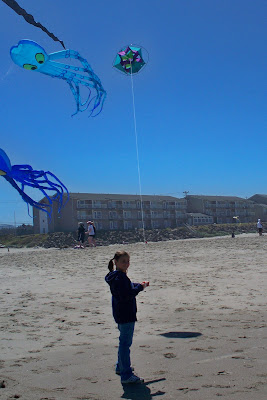 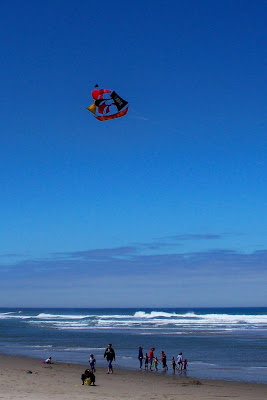 Some kites seem to attract more attention than others.  I noticed that one kite seemed to continually elicit comments and smiles.  As folks gathered to photograph the huge showstopper kites, they also singled out this much smaller kite, anxious to take pictures of it as well.  While not the grandest, or the biggest, or the cutest, or the fanciest, it apparently represented something that struck people's imagination. 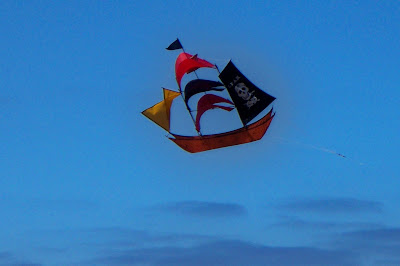 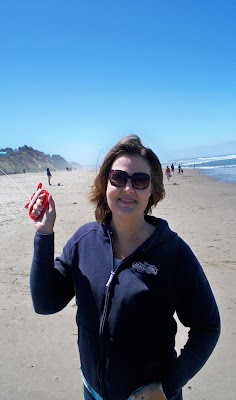 Email ThisBlogThis!Share to TwitterShare to FacebookShare to Pinterest
Labels: Me, Oregon Coast

How fun!! My sister-in-law loves pirate things, she would have loved to see your kite in the air!!