Just for a Moment I was Back at School

The Christmas season is here.  Everywhere I go there is Christmas music playing.  The past couple of years I have noticed something odd.  At least I think it is.  There is a song that keeps popping up on Christmas playlists that I never would have considered making the cut.  My daughter will think I am referring to "My Favorite Things" from The Sound of Music.  Well, that isn't really a Christmas song either, but it is not the one I am talking about.

Let me give you another hint:  "Met my old lover in the grocery store.  Snow was falling, Christmas Eve."

That's it.  That is the only reference I can see that would sneak it onto a Christmas playlist.  Pretty slim, huh? 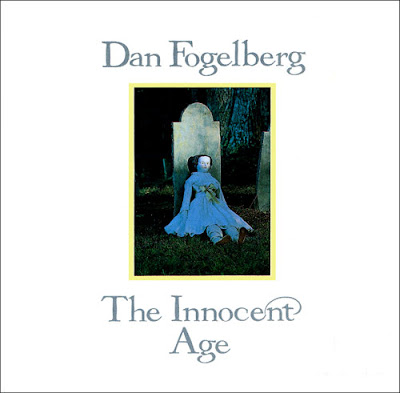 Of course, it is that haunting song "Same Old Lang Syne" by Dan Fogelberg, from his 1981 album, The Innocent Age. It has always been a favorite of mine, so I actually welcome hearing it more often this time of year.  I decided to do a little research into Dan's obvious inspiration.  The following was found in Wikipedia:


"Auld Lang Syne" is a Scots poem "written" by Robert Burns in 1788 and set to the tune of a traditional folk song. It is well known in many English-speaking (and other) countries and is often sung to celebrate the start of the New Year at the stroke of midnight. By extension, its use has also become common at funerals, graduations, and as a farewell or ending to other occasions.  The song's Scots title may be translated into English literally as "old long since", or more idiomatically, "long long ago", "days gone by" or "old times". Consequently "For auld lang syne", as it appears in the first line of the chorus, is loosely translated as "for (the sake of) old times".

So perhaps I have misjudged its aptness as a song of the Holidays.  Is there a better time to turn our thoughts to long ago, and days gone by?  I know that I have sweet memories of  long ago that fill me with warmth and the glow of Christmas.  Some are associated with presents and trees and stockings, but many focus on family and friends and cherished moments.

I think Dan got it right.  As we get caught up in the here and now, we all have a need to look to the past occasionally.  We can't go back.  We wouldn't choose to go back most of the time.  But memories have value and carry emotions that we can tap into once in a while.  If we try.

Just for a moment I was back at school
And felt that old familiar pain
And as I turned to make my way back home
The snow turned into rain.


Thanks for the memories, Dan.
Posted by Ardith Haws at 8:59 AM

Email ThisBlogThis!Share to TwitterShare to FacebookShare to Pinterest
Labels: Holidays, Me, Memories, Music

I used to LOVE that song. I totally forgot all about Dan Fogelberg. Thanks for bringing back some middle school memories. Middle School - hahahaha!

Hey, Ardith-- I found you! The good news is that if you type in your first and last name into Google, your blog is the first that pops up.