What do you get when you have eight energetic young adults, a beautiful day, a shore full of open sand, and you throw in the incentive of a few prizes?  A really fun sand sculpture contest!  I was thrilled to see the effort and energy and teamwork as four teams tried to outdo each other in creating their ephemeral masterpieces.

The fun began as the teams began collaborating on ideas, tools, and strategies.  Working tirelessly, they began digging and hauling water and packing and carving and smoothing and finessing.

Then came the most difficult task:  judging and proclaiming the winners. 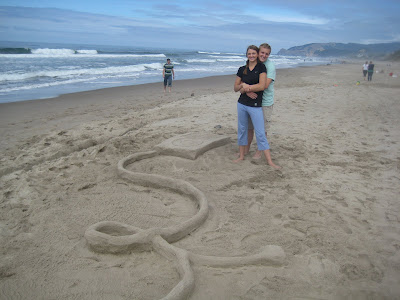 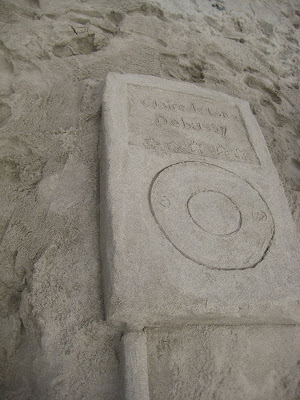 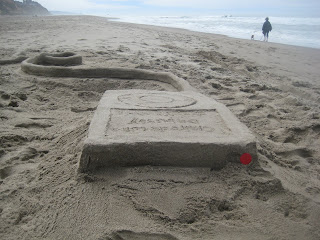 Erica and Derek's sandy iPod was a favorite all day long as beachcombers came exploring.  We noticed several people carefully changing the playlist to their own favorite. 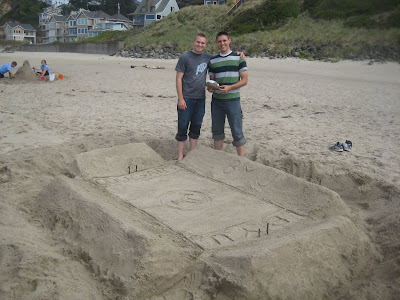 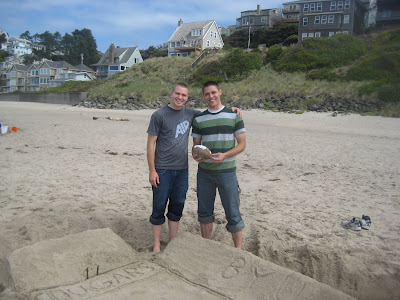 Elders Curtis and Bruton dreamed of home and one of their favorite places to be, replicating the Cougar Stadium at BYU where Elder Curtis played before his mission.  I don't think there were many cougar fans at the beach yesterday.  As some passersby had changed the iPod song, others changed the university.  Sorry, guys. 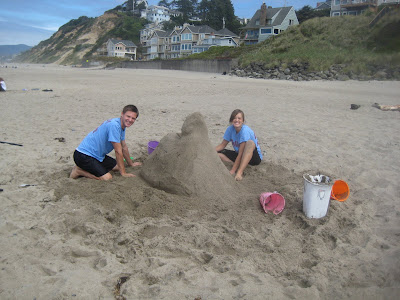 Carefully laying a firm foundation, it took awhile for Robert and Josalyn's masterpiece to emerge. 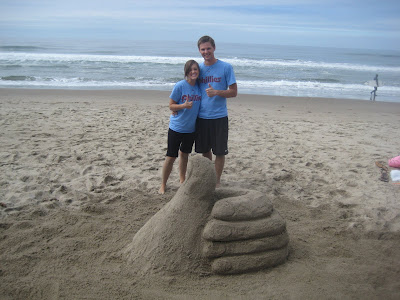 A big "thumbs up" for their final creation!  We noticed many photos being taken by others during the day of this fun sculpture, all striking the same pose. 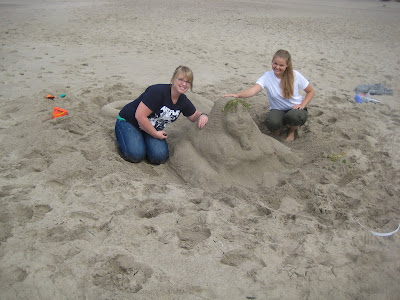 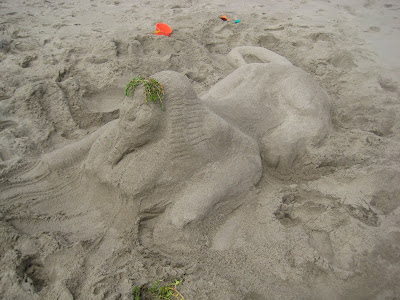 Giving a nod to that timeless classic, Miranda and Alexis carved out the Sphinx.  Their careful attention to detail attracted a lot of attention, as well as being a magnet for many photos.  Many people straddled the familiar lion's body to capture the memory.
Little remains after the inevitable ebb and flow of nature's tides.  From my perch atop the nearby cliff, all that can be seen is a modified thumbs up; it too is slowly melting into certain oblivion.  Not to be forgotten though are the fun and laughter of a beautiful Labor Day at the beach, shared with family and friends.  Thank heaven for cameras.
Posted by Ardith Haws at 1:05 PM

Those are some seriously awesome scultpures! Fun activity!!

What a fun time and fabulous castle ideas ~ originality is amazing!

It was a great day and such creative genius minds at work! They made it very hard to judge, they were all works of art ;)

I love this activity!!!! So much fun!