"Genius ain't anything more than

elegant common sense."  I love it!  Awhile back I put a widget on the sidebar of my blog entitled "Brainy Quote of the Day".  I don't know if any of you have noticed it, but I would encourage you to give it an occasional glance.  Someone else does all the work for me in posting a new quote everyday, usually from some very prestigious and pithy voices.  It shows the five most recent at a time, so if you miss a day or two of me, you still won't miss out on the brainy quotes.

The new quote for today is from Josh Billings, an American humorist from the 19th Century.  Not quite so famous as his counterpart, Mark Twain, I think.  I was particularly drawn to his previously noted quote about genius and common sense.  I find so much value in common sense.  I love logical thinking.  If the only thing I need to do is learn to put an elegant spin on things, surely I might someday be able to come across as genius.

I looked into a little more about Mr. Billings and found some real gems.  He was particularly noted for his use of vernacular language.  The unquestionably reliable Wikipedia defines his work as written "in an informal voice full of the slang of the day, with often eccentric phonetic spelling, dispensing wit and folksy common-sense wisdom". 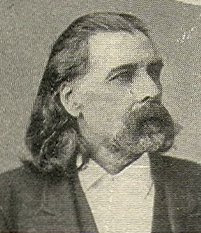 Here is one of my favorite examples of his complete disregard for grammatical language:  "I wud as soon take a ten dollar kounterfit bill on the Kodfish Bank ov Nufoundland, as tu marry a woman with false hare, false teeth or a false buzzum".

See how effective that style is?  Pure elegance.

I don't agree with all of Mr. Billings pearls of wisdom, but I think the following attains that elusive genius he was striving for:

"One of the greatest victories you can gain over someone is to beat him at politeness."

Have a wonderful day.
Posted by Ardith Haws at 9:00 AM

He sounds like quite the character! Love the last quote!

I love a good quote that makes you think. The one with his unique spelling cracked me up.

I've never heard of him. Thank you for enlightening me. I'll have to read more about him. I love Mark Twain, so I should enjoy Mr. Billings.

The last quote is excellent advice to live by! Thanks for sharing!!