I hesitate to complain.  I could give a long laundry list of inconveniences caused by Hawaii coming to a screeching halt for an uninvited guest, "The Tsunami" that never bothered to come.  I suppose I could tell you all about the 4 hour wait in the longest line of my life, lugging my luggage with me, trying to embark a cruise ship that had had to wait off shore until the all-clear notice to come into a port which was thankfully undamaged.  Perhaps I could mention the resulting unpredictable weather that brought with it rough seas, low water levels for the beaches and rivers, cancelled shore excursions, high winds, and seasickness.  But I won't. 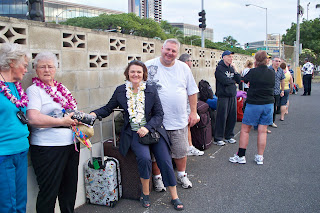 On the other hand, I choose to share the amazing experiences I had.  Most of these happened as a result of the aforementioned setbacks.

Our first morning on the cruise found us in port on the beautiful island of Maui.  My early-riser husband brought back word from the upper deck that the weather was beautiful.  Brian loves to watch the ship come into port.  We tease him that the captain and crew couldn't do their job without Brian close by to supervise.  He also reported spotting a pod of whales nearby; another of his favorite activities aboard a ship. Ahhh.  I lay back in my bed, thankful that finally our trip seemed to be on track as I had anticipated.

It was Sunday morning and our plan was to rent a car and try to find a nearby church.  I had found a list online of the different Maui wards with their meeting times.  Being freshly showered and breakfasted, I was feeling much recovered from the stress of the previous day, looking forward to a lovely day in the Maui sunshine.  We stepped off the boat and the welcoming committee was a torrential downpour.  Inadequately prepared for this, it took perhaps 30 seconds before I resembled a drowned rat.  Not to mention being soaked to the skin, I was soon freezing.

Not to be discouraged, we continued our plans, rented a car, found a nearby church.   It was a very welcoming, loving congregation that is used to having tourist visitors.  Before the meeting began Brian had a nice long visit with an old sage; Cindy and I had a nice visit with one of the full-time missionaries.  We kind of wondered what happened to Walt.  He had gone back to the car and using its heater, had blown dry his sweatshirt so I would have something to take the chill off while sitting in the air-conditioned chapel.  A sign of a true friend, don't you think?  Thanks, Walt!

After the meeting, we returned to our car and ventured out on what I hoped would not be a goose chase.  In doing some research on Maui, I had come upon the rumor of an old LDS chapel, built in 1851 and believed to be the oldest one still in existence.  I found stories of the first missionary to the islands, Elder George Q. Cannon, and his success in bringing the Restored Gospel to the Hawaiian people.  It was at this location that he preached to and baptized the very first converts and then subsequently helped them to build this meetinghouse.  My online search had produced a couple of faded photographs and merely hearsay directions.  There is no address.

It was a goose chase.  The directions I had were fine.  My carelessness as a navigator apparently interfered with my spotting the turnoff.  After continuing down the center of the island and not seeing anything, I noticed we began to turn left and were running parallel to the coast going toward the untamed part of the island at the base of the Volcano Haleakala.  It was a terrible road and it didn't take long to realize something was not right.  I suggested we turn the car around and begin to backtrack.  I don't know if it was the rain, the visiting with friends, the partially hidden street sign, or what.  However on our way back with renewed vigilance, we finally were able to find the chapel.  Sure enough.  There was Ke Street with a hardware store on its corner.  How had we missed it?

My plan to have a picnic lunch on the grounds of the chapel gave way due to rain.  Instead, we ate our sandwiches and fruit while sitting in the car.  I read the histories I had found to my friends.  We all felt the sanctity of this special place.  Then the rain subsided and we were able to walk the impeccable grounds of this beautiful little church.  In finding the door unlocked, we went inside, signed the guest book, and witnessed the unique feeling of being in the birthplace of what has become the second largest religion in the Hawaiian Islands. 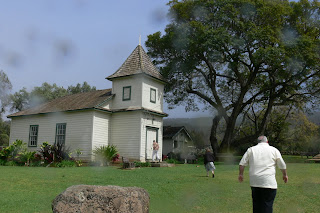 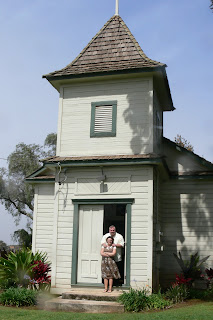 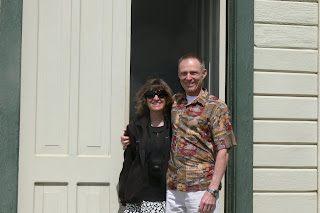 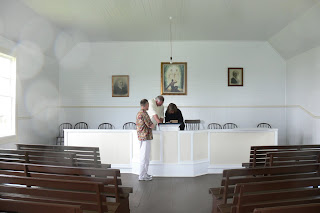 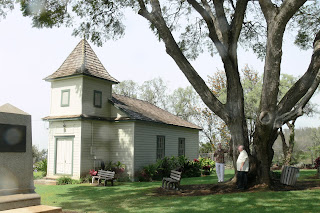 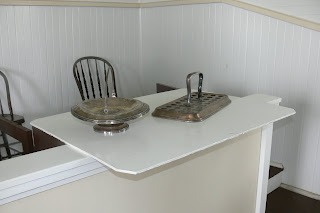 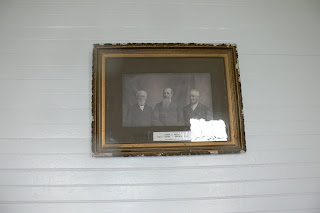 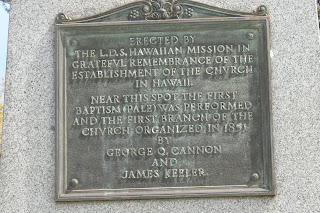 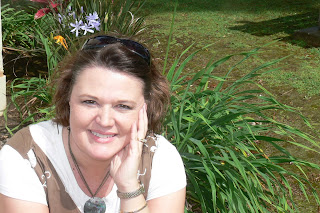 I am so thankful that we found the little church.  I'm pretty sure it is well off the beaten path of most of Hawaii's visitors.  Sometimes the most precious pearls are found only after a little difficulty and sacrifice. 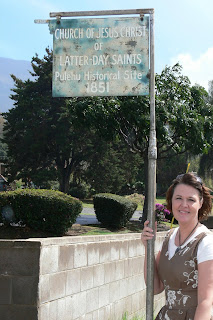 The price paid was small in comparison to the blessings received.

That is SO cool! I'm glad you found it!

Next time we go to Maui, we will have to find it too. It truly is a pearl!!

I love your all your details of your experience in finding this amazing piece of history. What fun pictures... I LOVE HISTORY!

Science says your uninvited guest should have arrived. But science cannot measure the power of prayer and the miracles that we're given. How does science explain this? By saying "Hawaii dodged a bullet." Congratulations on dodging a bullet, but we all know the real reason ;-)

That church is amazing and I had no idea about it! I love Maui and I've been wanting to go back for some time now. And when I make it back, I too will go on a trek to see this church and I hope it will be opened for me as well. Love it!