What She is, and What She Isn't 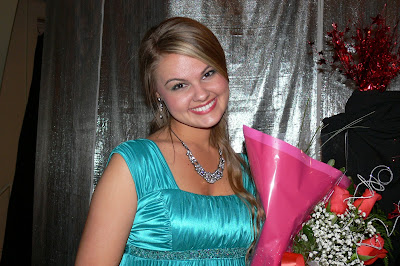 I learned that an entire audience can catch their breath at the same time, while listening to my angel sing with an angelic voice. 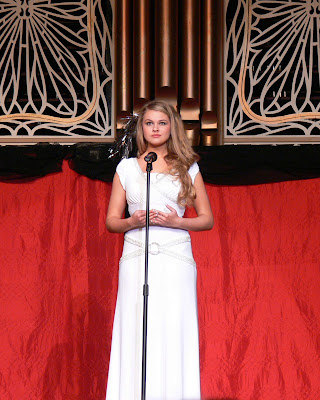 I learned that you don't need to be a seasoned, groomed, polished pageant contestant to finish strong.  I learned that sometimes the victory lies in the overcoming of fear and insecurity. I learned that my family is strong; that we rally together, each member contributing to support one another. 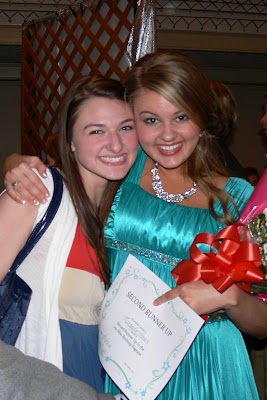 I wouldn't have changed a thing.  In reviewing the events of the past weekend, everything was exactly how I would have chosen it to be.

My youngest daughter, Miranda, participated in the Miss Rexburg Scholarship Program, and she was a finalist, winning the title of Second Runner-up, which came with honor, a certificate, a bouquet of beautiful flowers, a decent monetary prize, and the best part, no commitment to remain in Rexburg for the coming year.  So everyone won something. 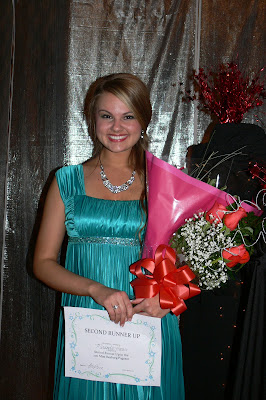 But I think Miranda won the most of all.
Posted by Ardith Haws at 10:58 AM

I'm so happy for her!!! Those are beautiful pictures! Thanks for sharing the event with us. :-)

That is so awesome! Congrats Miranda!!

That is so fun! she is beautiful...like your whole family1